Noel Park – a call for action creates a community hub

Many of us see things around us that we don’t like, and feel powerless to change them. But, as one inspirational Noel Park resident has proved, if you’re determined to make a difference, and prepared to ask for a bit of help, you’ll be amazed by what you can achieve.

It was having a young daughter that made Charmaine Smith more aware of her environment. In particular, her local play area, Russell Park in Noel Park Estate, North London. Like all parents, she wanted her child to be able to play safely outside, but Russell Park was unwelcoming, scary even, and covered in rubbish. In an effort to change this, Charmaine began volunteering at the park kiosk, assisting with the café and activities designed to make the space safer for everyone.

One day when Charmaine was working, first the police, and then a parent, alerted her to used needles and condoms near the toddlers’ play area. Frightened for the children, she posted her disgust on her local forum page noelparknet, but she also put forward a solution – she was going to clean it up herself with a couple of friends, ‘rubber gloves, tongs and a plastic bag’ – and she challenged her community to get involved too.

Charmaine strongly believes in the connection between litter and social problems. ‘You’ve got to respect where you live. When people throw rubbish they set a bad example and others think the area is rubbish. It encourages drug dealers. CleanupUK’s Sarah Hayes heard about Charmaine’s plea and offered to help. ‘Sarah was fantastic,’ says Charmaine, ‘without her I couldn’t have got my message across to so many people. CleanupUK helped Charmaine organise the first ‘official’ cleanup in October 2015 and managed to get the support of Haringey Council, particularly Cllr. Peray Ahmet who joined the litter pick, along with representatives from the environmental services group Veolia.

Around twenty volunteers of all ages and backgrounds took part, bagging 16 sacks of rubbish, including a duvet, a laptop and, disturbingly, a knife. Despite the daunting task, the volunteers thoroughly enjoyed the day and appreciated the friendly atmosphere, as well as the free hot drinks and cake. And just from that one litter pick, Charmaine started to notice a difference in the park, ‘people were much more likely to use the bins and residents’ complaints about fly tipping were taken more seriously by the council’ she says.

Since the success of the litter pick, she’s been even more committed to helping the area thrive and has started a ‘community hub’. Run from the park kiosk, it organises everything from community barbeques to weekly football games, as well as regular clean ups. She has bigger ambitions too. She wants local people to be able to build up ‘time credits’ through volunteering to do activities like litter picking. These credits can be swapped for food or even college courses. ‘If we can replace fly tipping with positive things like football, we make the area better for everyone,’ she adds. As Gandhi famously said: ‘Be the change that you wish to see.’ Charmaine is a brilliant example of this philosophy in action. 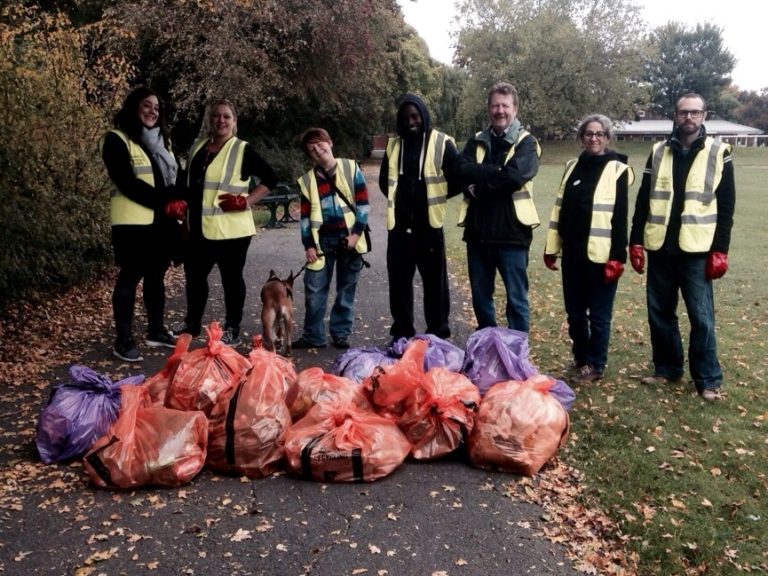