We have 26 active litter pickers each one of whom takes responsibility for a stretch of road or an area of green space. We meet occasionally to review tactics and to swop ideas. We have a massive litter pick once a year to shift an area of accumulated rubbish. We have good relations with the Parish Council and the local authority who are great at clearing flytipping when we inform them.

NW7 Litter Pickers
We see litter on our streets, we pick it up. We take ACTION, not ISSUE. We meet on the first Saturday of every month for an hour's "group litter-picking session," followed by a social cuppa.
0
4 years
View

Friends of Black Lane
We are a friendly group of residents based in Lillington, Leamington Spa. Currently we meet once a month to litter pick and monitor our target areas. We also report, monitor and record fly-tips in our target area. We work with the local authorities to look at fly-tip and litter prevention strategies.
73
6 years
View 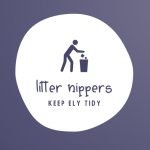 Welwyn Rubbish Action Group (WRAG)
We are a small group of people keen to keep our lovely village as clean as possible, improving the environment for ourselves, our pets and wildlife.
345
13 years
View

Clean our patch - litter pickers
Are you fed up to walking around your local area and seeing litter everywhere? Well we are!!! So we are standing up and doing something about it. We are based in Keyham by college road primary school and we are going to tidy our local area. Recycle what we can and dispose of the rest! If you want a clean street and to set an example of community pride to our youth JOIN US. Gloves and bags will be provided.
1528
3 years
View

Brighter Uckfield Campaign (BUC Up)
The Group operates under the aegis of the Town Council. Every Sunday morning, at 9.00, a small band of volunteers (open to anyone to attend) meets at the Civic Centre to conduct a 'swift-pick' in the worst-affected areas (finishing at about 11.00). The Campaign has moved onto taking small patches of public land in the town and overseeing planting out and maintenance. The town's annual beautiful gardens competition is organised by the Group. The Group joins the annual clear-up of the River Uck that flows through the town. Weeding pavements and cutting back undergrowth are also tasks that are taken on. Most of this work is concentrated on the town centre, but a network of 'litter pickers' is being gradually established on the estates around the town. Volunteers are provided with a hi-vi vest, a litter picking stick, gloves and refuse sacks - and we even have wheeled trolleys to take round with you to deal with the large amounts of litter on a Sunday morning. The Campaign has its own (Don't be a) "Mucky Duck" logo.
336
13 years
View

tonyrefail litter pickers
myself and a couple of like minded individuals have been litter picking our local parks, back lanes and mountains for as long as we can remember. the amount of rubbish we are finding is getting worse and worse so we are aiming to do as much as we possibly can so that we can get our parks, lanes and country sides back to how they should be... litter free! our aim is to show people that it's super fun, cool and easy to make that little bit of difference to the environment, hopeing that they will join in on our quest to keep the earth clean.
0
52 years
View

Syresham Litterpickers
The group was initiated by the Parish Council with the aim of ensuring that our village and its environs are kept neat and tidy and as litterfree as possible. We welcome more helpers at our next litterpick on Saturday 21st March 2009.
0
12 years
View