Winsford Community Cleanup
We aim to increase social responsibility within the town. We hope that by showing pride in the town it will inspire other people and residents to take ownership of the area in which they live. We are sick of fly tipping and litter and hope to make a positive impact on the town by becoming more action orientated!
2
10 years
View

Test Valley Clean Up
The A3057 and A3090 are usually full of litter and the verges are only cleared infrequently - and in many places never. In the Summer it does not look so bad because of the grass - but come the Winter! A number of more minor roads are also left with litter because it would seem that Test Valley Borough Council only cares, if at all, about Andover and Romsey. The aim is to get Test Valley BC to do what it is required to do under the EPA for the district as a whole and not just the main urban areas.
0
13 years
View

Exeter Litter Pickers
I have just started this group, having been surprised to find there is no group in Exeter. I would particularly like to find people willing to help keep the 'Valley Parks' litter free.
0
13 years
View

Shotley Bridge Village Trust
The Trust has been in existence for over 20 years but only started its annual spring litter pick in 2007. Normally between 10 and 20 people turn out to help. We also have individual members that keep their local area free of litter. We are a registered charity, which aims to improve the environment in the village and promote a high standard of development, whether it be in new buildings or the renovation and alteration of existing property. We aim to secure the protection and improvement of features of public and historic interest and encourage an interest in the history of the area. Issues that we have addressed over recent years include the desirability and standard of new development proposals and changes to the use and appearance of existing buildings, a wide variety of traffic and highway issues, litter and dog fouling. We have arranged for the erection of plaques to provide information about people and buildings of historic interest, organised village litter pick days and had a variety of speakers at our open meetings. We have presented Design Awards for the best new development, following a poll of members. In the past we have published booklets of items about the history and development of the village and produced a leaflet of heritage trails in the village. More recently we have produced a local directory and been assisting the local businesses and community groups in organising the Shotley Bridge Victorian Christmas Weekend, including litter picks to keep the village looking attractive during the event. In 2011 we were awarded 'outstanding' in the RHS 'It's Your Neighbourhood" award scheme for Britain in Bloom. We have purchased 50 flower tubs, 8 barrier baskets and a trough for the conservation area and our volunteers plant and maintain summer & winter bedding. in 2012 we entered Northumbria in Bloom and were awarded Silver. We gained a Silver Gilt in 2013 and again in 2014. We are aiming for Gold in 2015. Each year we give awards for the best business & residential floral displays. Open meetings are held 3 times a year in the Catholic Church Hall for members and guests to raise and discuss issues arising in the village. Please visit our website for further information.
277
14 years
View 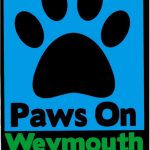 Paws on Weymouth Beaches & Open Spaces
Dog walkers clearing the way. Every day members clear litter from our streets, beaches and open spaces and tackle sea pollution during regular beach cleans. We are responsible for the Angler’s line pipes which have been placed to collect waste line which is then recycled. Our aim is to recycle as much litter from our beaches as possible.
5
9 months
View

Rawcliffe Rubbish Ridders
Founded to counteract the ever-increasing amount of litter, dog fouling etc in our village, the group was established independently of the the Parish Council. East Riding of Yorkshire Council provided high visibility jackets, litter sticks, gloves and bags. We meet fortnightly on the village Green although many members (approx 18 at present) also go about as and when they feel inclined! We have not yet enlisted any younger members but this may happen. We would like to have our own "uniform" so that we can be easily recognised and not mistaken for Community Service people!! Our first annual 3Rs bash takes place in the Co-ordinator's garden on Saturday, August 18th. No litter will be left behind!!
0
10 years
View

Keep It Clean, Watford
A potential group for pickers in Watford, not yet formed!
32
9 months
View

banburycrew
Banbury is a lovely town and its surrounding areas look fabulous. If you're interested in keeping it this way, please join us and help whenever you can, as much as you can. We appreciate time is precious but we are positive there are like-minded people out there who will support keeping banbury tidy.
0
10 years
View

Clean Up Alba
Join Edinburgh\\\\\\\'s first clean up group registered in Litter Action UK. Our aim is to keep our beautiful Edinburgh free of litter, cleaning parks as well as beaches.
0
9 months
View